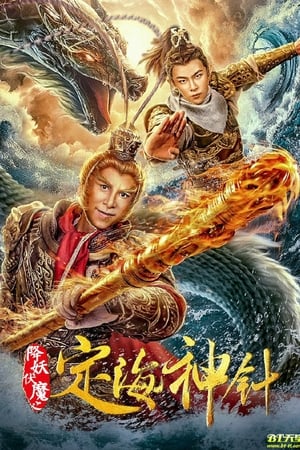 The Needle of The Sea Goddess 2020

In order to improve his fighting power, Sun Wukong asks Old Master Taishang to upgrade the Golden Cudgel. However, the cauldron was destroyed and the cudgel fell to the earth and disappeared. In order not to annoy Sun Wukong, he decides to send a child named Silver Horn to the mortal world to find the Cudgel. In a fight with a bandit, Yinkaku befriends the village bully Haewa, who has lost his magic power. Under Yin Horn's coercion, Haeva agreed to help find the whereabouts of the Cudgel. At the Old Demon River, Haeva is forced by the Nine-Headed Insect to reveal the prototype of the Cudgel at the moment of crisis, thus solving the nightmare that has been haunting Haeva for 18 years. However, the sudden appearance of the Monkey King brings more doubts to Silver Horn and Haeva, whether there is a sudden change in the heavenly court, who is destroying the alchemy furnace and who is holding the Cudge