​From Wikipedia, the free encyclopedia.   Ben Steinbauer is an American documentary film director, based in Austin, Texas. Steinbauer’s films have premiered at South by Southwest and the Austin Film Festival, played on PBS, won awards including top prize at the 2006 Cinematexas Film Festival and screened at the Directors Guild Theatre in Los Angeles. Steinbauer won the Princess Grace Award for his 2009 documentary feature, Winnebago Man.The film follows the Internet phenomenon created by a series of twenty-year-old outtakes from a Winnebago sales video featuring the profane outbursts of the salesman, Jack Rebney. Originally intended as an inside joke, the video spread across the globe and earned Jack the title of "The Angriest Man in the World". The documentary explores the story of the clip’s origin and how it affects the man who never knew it existed. The film had its world premiere at The South by Southwest Film Festival in Austin, on March 14, 2009. Winnebago Man won the Jury Prize for Best Documentary Feature at the Sarasota Film Festival in April 2009. The documentary was voted a Top Ten Audience Favorite at the Hot Docs Film Festival in May 2009. Steinbauer's documentary short, The Next Tim Day, chronicled the rise of entrepreneur Tim Day from the housing projects of Galveston, Texas to the shimmering lights of the Sundance Film Festival. The documentary is a quintessential American story about a salesman/hustler who creates a one-man television network called “Hood News.” Description above from the Wikipedia article Ben Steinbauer licensed under CC-BY-SA, full list of contributors on Wikipedia. 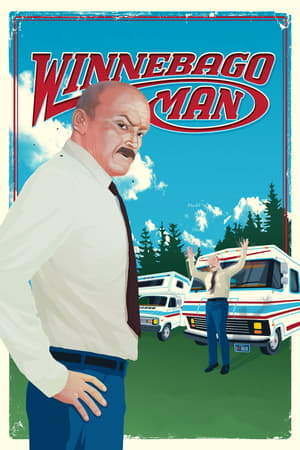