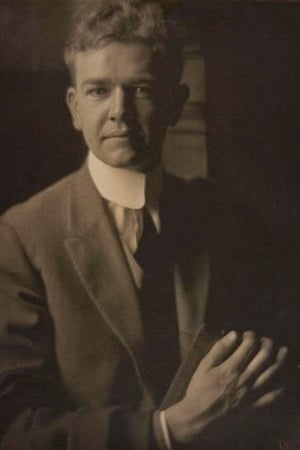 From Wikipedia, the free encyclopedia Karl Struss, A.S.C. (November 30, 1886 – December 15, 1981) was an American photographer and a cinematographer of the 1900s through the 1950s. He was also one of the earliest pioneers of 3-D films. While he mostly worked on films, such as F. W. Murnau's Sunrise: A Song of Two Humans and Charlie Chaplin's The Great Dictator and Limelight, he was also one of the cinematographers for the television series Broken Arrow and photographed 19 episodes of My Friend Flicka. In 1919, after his discharge from WWI, he moved to Los Angeles and signed on with Cecil B. DeMille as a cameraman, initially for the film For Better, For Worse starring Gloria Swanson, followed by another Swanson film Male and Female and leading to a two-year contract with the studio In early 1921, he married Ethel Wall, who helped to support him in his photographic work independent of the film studios, which included pictorial views set in California In the 1920s, Struss worked on such films as Ben-Hur and F. W. Murnau's Sunrise: A Song of Two Humans. In 1927, he contracted with United Artists, where he worked with D. W. Griffith on such films as Drums of Love and also filmed Mary Pickford's first talking film Coquette. He continued his experimental work with camera technology, developing the "Lupe Light" and a new bracket system for the Bell & Howell camera. From 1931 through 1945, Struss worked as a cameraman for Paramount, where he worked on a variety of material including films featuring Mae West, Bing Crosby, and Dorothy Lamour Struss also aimed to shape the field through publishing; for example, in 1934 he authored "Photographic Modernism and the Cinematographer" for American Cinematographer. Struss was later admitted to the American Society of Cinematographers, and was a founding member of the Academy of Motion Picture Arts. In 1949, while working as a freelancer, he began his work in "stereo cinematography", becoming one of the first proponents of that art form. Unfortunately, he did most of his 3D film work in Italy and none of his films were subsequently released in 3D in the United States. Struss's photographic archive of exhibition prints, film stills, negatives and papers (3 linear feet of materials) is available at the Amon Carter Museum of American Art located in Fort Worth, Texas.